Delivering on the promise of transformational change: What does it take for Dutch-supported PPPs?

How can we learn from the Dutch experience to maximise potential of PPPs?
Copy and share the link 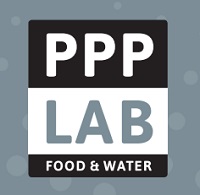 In November 2018, the Dutch PPP lab published a strategy paper based on a four-year assessment of Dutch Public Private Partnerships (PPPs) in food security and water. While the initiatives do not explicitly address nutrition, food security and safe water are integral to good nutrition, and there are lessons for anyone who wants to do more to maximise impact of PPPs.

The Dutch government began investing in PPPs in the early 2000s and they are now a core element of its foreign policy (see Investing in Global Prospects for more info), and important way the Dutch are working to unlock finances needed to achieve the Sustainable Development Goals (SDGs). This paper calls for the Dutch government to recalibrate its approach to supporting PPPs in order to “unleash their transformational potential.”

The report highlights the success of the Sevia horticulture project - Seeds of Expertise for the Vegetable Sector of Africa - in Tanzania. Sevia aims contribute to the development of the vegetable industry in Africa, which helps improve food security (and nutrition). Built around a solid and long-term business case with committed partners, the project was able to successfully scale up because it combined high-quality private technical capacities with large-scale agricultural national extension services.

PPP Lab identified several positive outcomes from PPPs within the Sustainable Water Fund (FDW) and the Facility for Sustainable Entrepreneurship and Food Security (FDOV), noting they do particularly well in:

The top challenges flagged in the report were:

PPPs should apply a long-term systems lens as they consider what they want to change, with whom, and how. Local actors will drive scalability and sustainable change, so it’s important that stakeholders from governments, businesses, and NGOs are brought in early to co-own and help shape the process. This can also ensure that projects are meaningful and appropriate for local circumstances, helping to contextualise the challenges and devise solutions. Systems change also requires critical mass – which means working in the same space with others, rather than viewing them as competitors.

To be effective, partnerships should be created around specific challenges, goals and partners. It is important to understand - in practice, not just on paper – the local levers of change, ways of working and potential conflicts of interests, so they can be addressed early and as part of the design phase. It is important to be clear in identifying roles and responsibilities, but also to be prepared to adapt to changes in circumstances. As mentioned earlier, it can be very time-intensive to develop relationships and identify key partners, but this is critical for systemic and sustainable impact.

One of the biggest problems for partnerships is long-term finance and missed opportunities to understand and effectively mitigate risk. This report therefore calls for a new approach that brings together both the public and private perceptions of risk to allow for more effective PPP planning and financing. In addition to blending finance, blending value is important – agreeing a plan that generates both profit and positive development impact. Long-term financing should be planned for early, taking into account graduated financing options and potential local financiers.

In addition to this strategy paper, the Dutch PPP lab have compiled a number of really useful resources on PPPs. Click on the links to explore more: